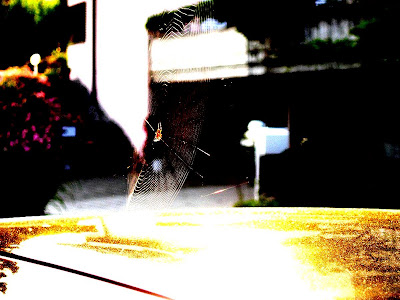 When I got older, on the other hand, I went to work after school hours in a roadhouse bar. I was sixteen, and I would never let my parents forget that I was born in a room over a bar. I came home late from the roadhouse smelling like smoke and beer, and no matter how quiet I was, my mother said that I always woke up the whole house with that smell. Nobody liked it, but I couldn’t help myself. I couldn’t sit in that house at night and listen to my father write his sermons.

The bar belonged to a twenty-seven-year-old guy named Frank, and Frank tended the bar. I knew from the first night I worked there that Frank had a passion for me. The first week I was there, he let me catch him making out his grocery list one night. The last item on the list was “grip.” I asked him what a grip was, and he said a grip was just one more thing he needed to get because he had lost his.

His hands were always moving and his knuckles were always cracked and red from washing glasses. I fell in love watching him dry glasses one night, three fingers twisting a white towel into the bottom of each glass. After work, I pretended to go home, but I went to his house and waited in the dark outside for him to come home from closing up. When he went inside and turned on the lights, I could guess where the bedroom was in the one-story house, and I waited outside the window to see him undress. I had never seen a naked man before, and I knew I loved him, so I thought it would be beautiful. But I remember now how I felt once he was naked as I stood and watched him walking around the room. His body was fine, but seeing him like that wasn’t beautiful, it was awful. I was so ashamed of myself, I had to hold myself with my arms to stop from shaking. As I tried to calm down, I just stood there and concentrated on his white shoulders, thinking I wasn’t so bad if I only looked at him from the waist up. Each muscle cast a faint shadow from the overhead light, and his chest was covered in light swirls of black hair that became so dense over his belly that it obscured his navel. His shoulders were perfectly bare and white, though. Down his arms were gradations of pinker skin, forearms slightly burned from the sun, hands red and chapped from the endless washing of glasses. I let my eyes follow the contour of his arm below his waist, and I was surprised at the appearance of his penis, redder than his hands, in its nest of black hair. There was nothing wrong with it, it just wasn’t what I had imagined. The only one I had seen before that was Jeff’s, and I hadn’t seen his since I stopped bathing him when he turned six.

I never told anyone that I had spied on Frank, not even Dee. Dee was the other waitress in the evenings in the bar. She was closer to Frank’s age, so she wasn’t someone that I could have known from school, but I felt like I had known her all my life. Dee was one of the most beautiful girls I had ever seen. One of her beauty secrets, she said, was to never sweat. She was much slower as a waitress than I was because she would stand for minutes at a time in front of the air conditioner if she felt a drop of perspiration coming on, her supple neck arching back and dry wisps of her long blonde hair streaming from her temples as though she were in freefall.