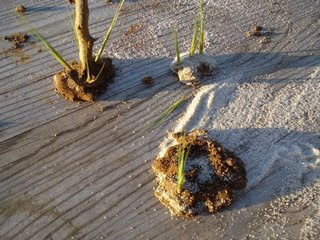 Evelyn met Ricky Ford Alton four years ago on the set of the movie that was being made from her first novel, the one that she had based more or less on her own life. He was cast as the English professor who beat her viciously at his loft in downtown L.A. She was twenty when the real incident occurred. As she wrote about it in the novel and in the subsequent screen play, the professor, having hit a dry spell in his own writing career, beat the living shit out of her in a fit of envy because the art came to her so effortlessly and was flowing through her, as though to drown him in his parched river bed of silence, like a flash flood through a canyon. The scene was difficult for her to watch during the filming because she had made it too real, his rage and brutality that had almost killed her, the fact that he left her lying in her own blood on the floor of the loft in no light but that of a strange vermilion dusk, and that she lay there sobbing all night for someone she called Bobby to please come and help her until the professor had the good manners to come back the next morning and call an ambulance for her.
In the novel and screenplay, Bobby was the ghost of an older brother that had died, but she confessed on the set that she was an only child, she had made him up. That night, as they were leaving the studio, Ricky Ford was walking beside her. “So who was the real Bobby, then?” he asked. She forced a knowing smile and kept walking. She wanted to pass it off as some sort of private joke, to push him aside like a gate in her path, but he wouldn’t let her. “I’m serious, it would help me to know,” he said.
“He was an imaginary friend,” she said and tittered in that superior tone he would come to recognize as the sign that he had found some great subcutaneous truth. She wanted to walk off alone, but she made the mistake off looking back at his face. He was mouthing the word “don’t”, she thought, although she couldn’t hear him.
“Don’t what?” she said, spitting both the t’s.
“Don’t go through this alone, Evelyn. Whatever horrible thing is being dredged up for you, let somebody…I don’t know…Let somebody in…Just talk about it. Talk to me.” On the set, he acted brilliantly. He shot her glances between takes, glances encoded with deep admiration, seeking her approval, wondering if he was anywhere near the truth as only she would know it, but she knew that he didn’t need her advice to act the part. Out here, however, it appeared that he had no skill at all, no idea what he was doing. He held his hands out, palms up, in a gesture of helplessness. The edges of his body were illuminated by a security light high overhead behind him, and his face was in shadow. She felt the light relentlessly revealing every crease of her own face as his shaded eyes pleaded with her, teach me, Evelyn, teach me to feel what I only know how to act.

The house he had rented was on the high side of a sloped street that could have been in any upscale suburb on the mainland were it not for the view. Below lay the green isthmus and the smaller lobe of West Maui, and beyond, the islands of Lanai and Molokai looked like they were a part of the same emerald coastline. Come on, Evelyn, she told herself, if this place doesn’t inspire something poetic, you’re not made of half the stuff you once thought you were. She lingered at the top of the driveway as he passed, saying over his shoulder, “The first thing I’m going to do is get on the phone and find someone to cut my hair. What’s the name of that guy who used to cut my hair who moved out here?”
A second after he went into the house, she shook his question from her head, hoping to hear the voice she hadn’t heard lately, but nothing happened. She joined Ricky Ford in the kitchen as he flipped open the miniscule phone book. “Dave Bridges, I think,” she said. “Rhodes or Bridges, one of those.”
He ran his finger down one page of the phone book until he saw the name. “Hey, that’s it,” he said. “David Bridges is right here.” He took her face in his hands and kissed her, then guided her head to his shoulder, enclosing her back with his arms. She fidgeted a bit to get his hair out of her eyes and then inhaled deeply against his neck, pressing her forehead to his skin, knowing that Ricky Ford could occasionally be a surrogate, a vessel from which she could hear that other man’s voice, hoping a stream of brilliant thoughts would again pass by osmosis to her own less saturated mind.

Dave Bridges only worked out of his house these days, a craftsman-style mansion in the middle of a five acre protea farm, but he had consulted with all the biggest stars in Hollywood when he lived on the mainland. He had a great talent for putting people at ease, evaporating their self-consciousness, that got even the most insecure of them to open up. Once he had them in the palm of his hand, he asked them what they really wanted him to do with their hair. They were invariably so relaxed that they answered as though drugged by sodium pentothal, and he cut their hair the way they told him to. It was that simple.
This morning he had a fire going in his big stone fireplace, and it was having a similar effect on Evelyn. She slipped off his couch and onto the carpet, her legs curled up beneath her, while he cut Ricky Ford’s hair.
“Jet lag catching up with you?” Dave asked as she yawned and lowered her head to the floor.
“Yeah, I guess. I woke up way too early this morning and couldn’t get back to sleep.” At dawn, she stood on the deck, the fog pink from the sun rising behind Haleakala, covering everything up to exactly the level of their street so that the isthmus completely disappeared beneath it. West Maui looked like an island, just the top of the peak visible above the otherwise undisturbed field of clouds. About an hour later, Ricky Ford shuffled onto the deck with a mug of coffee. “I have an irrational urge to try to walk across the clouds to West Maui,” she told him.
“They’ll burn off in an hour and you’ll fall to your death over the Pukalani Country Club,” he said. He leaned back on the chaise and closed his eyes.
“Yeah, but what a way to go, huh?” she said. He didn’t answer. She thought he was disappointed that she had not stayed in bed with him. He had nothing else to say until it was time to go to his appointment.