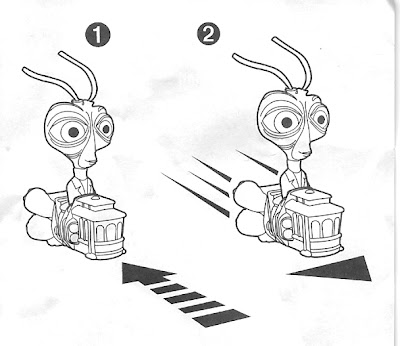 I went to see the movie ‘Watchmen’ the other day and I enjoyed it very much. (I’m going to be your Mother here for a minute and tell you that you really should read the book first because the book is an epic and a classic. I say epic, but it is a comic book you know, so how long can it take you to read it, just a day or two, and well worth the time, before you see the movie.)

As I was waiting for the movie to start, I was thinking how ironic it is that I have to get out of the house to see a movie I don’t want to watch with my kids and how glad I was that this movie was rated R so there was no ambiguity about who should and who should not see it with me. I went alone. But what I really wanted to watch (with my husband) was ‘Batman Begins’–yes, I know it’s ancient, but I’ve never seen it. I bought the DVD used after I saw ‘The Dark Knight’ (which I bought new at Circuit City’s liquidation sale, an event that surprised me with the flood of emotion–nostalgia for our early days, spending loads of money on electronics and appliances–it brought forth in me.) And the DVD of ‘B-man Begins’ sits on my desk even now, unwatched, because that intersection of kids-are-asleep, and Sean-is-home, and two-hours-to-watch-a-movie-in-which-I-won’t-fall-asleep just doesn’t exist in my house very often.

So the trailers before ‘Watchmen’ helped me plan (fantasize) other escapes from home to see more epic sex & violence, hopefully rated R.

The first trailer was for ‘Public Enemy’ with Johnny Depp as John Dilinger, and we all know what THAT means. Christian Bale is also in the movie, and I felt like I was being taunted for being most likely the only person in the theatre who has not seen ‘Batman Begins’. I bet i’m right, you know, people who’d come to see ‘Watchmen’ (DC comics) will have seen it.

The next trailer was for ‘Star Trek.’ I’m pretty excited about that now too. thank God it’s not called ‘Star Trek Begins’ or ‘Star Trek: Origins’. The fact that someone has the nerve to simply call it ‘Star Trek’ is ominous, in a good way, I think.

The last trailer was for ‘Terminator: Salvation’ which had me right from the start when I didn’t know it was a Terminator movie and I was thinking “wow, this story is based on a common theme in science fiction (and comic books) of man-made stuff dominating man, like I Robot and The Terminator.” And then there he was in THIS trailer, I’m not making this up…..Christian Bale.