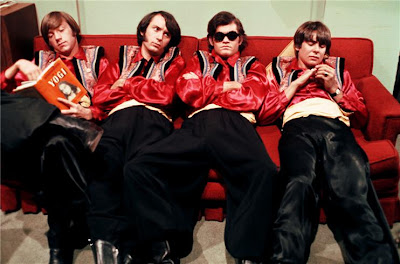 The Monkees
For my birthday last weekend, my husband gave me a 2-CD compilation of songs by the Monkees. He hid it in the compartment under the armrest of his car before we set off on a big road trip, and at some point he asked me to dig in there and find something to listen to. At that moment I really had no idea of the flood of memories that were about to overtake me. All I was aware of was the irony of the timing of the gift–take away the first digit of my current age, and I was right at home. I might have been a little self-conscious if I had been in love with them 20 years ago or 30. But it was more; I was 9. Nothing to be embarrassed about, the gift was as venerable and sentimental as a bronzed pair of baby shoes. 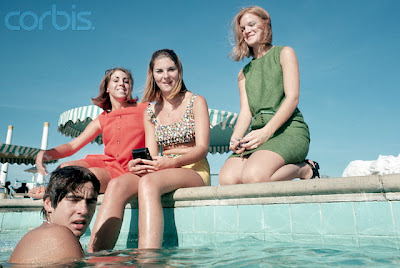 Davy Jones
The first disc was all of their hits. While we listened to it I read aloud the individual bios fo Davy, Mike, Peter, and Micky. Sean had always been skeptical of any talent among them, so it was fun to point out that Davy Jones had been in the Broadway cast of “Oliver!” and Peter Tork had been talked into auditioning for the Monkees by his fellow musician Stephen Stills. 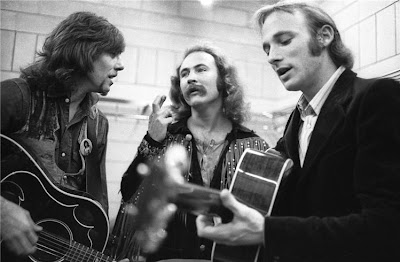 Graham Nash, David Crosby, and Stephen Stills
The second disc was not so much stuff left on the cutting room floor as stuff left in the vault when the band broke up. Some of the tracks are kind of spontaneious and raw, and at one point you hear Micky Dolenz introducing “Mr. Henry Diltz on the clarinet.” 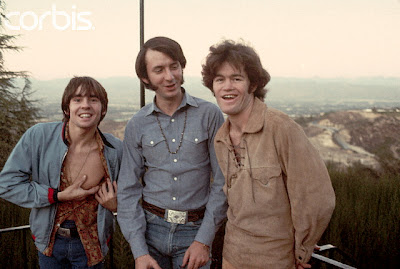 Why was that name so familiar to me? The same name, Henry Diltz appeared in tiny type as some of the photo credits on the liner notes. But it was more familiar than that. I was now in this zone of memory which could make anything possible, and I started to think that I knew exactly who he was. That he was the photographer who had given me a window as a teenager into the lives of people I ached to know as my closest friends. I started to remember so many images, precious because they existed for me before pictures could be copied at home on your own copier, or saved on your hard drive, or accessed on the internet. I had wanted to work for the Bettman Archive when I grew up, just to be near pictures like his, the only vessels for history that had any pull on me. 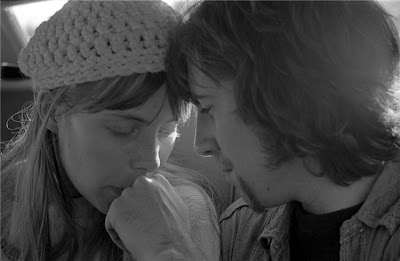 Joni Mitchell, Graham Nash
I began to think that he had taken the photograph of Crosby, Stills, Nash and Young that I had thumbtacked to my wall at age 12 so that I could lovingly gaze at Graham Nash every moment I was in my room. I thought of the most famous photograph of Bob Dylan from that era, Dylan’s profile in the halo of a spotlight. I knew that that picture had been taken at the Concert for Bangladesh c. 1970, and Dylan had been sharing the stage with George Harrison and Eric Clapton. When that photo graced the cover of Dylan’s next album, it was all the more meaningful that not everyone knew
the moment it had been taken as well as I believed I did. 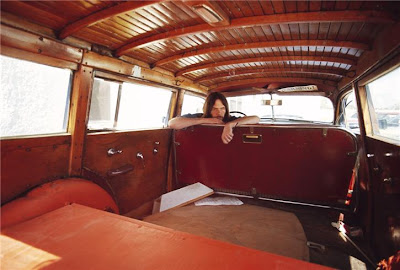 Neil Young
Today, I found out I was right. Henry Diltz is the artist behind those amazing pictures, and it turns out–this is unreal to me–he’s a partner in a gallery right here in La Jolla called Morrison’s Hotel. I was able to find an archive of his photos today through the gallery’s website. 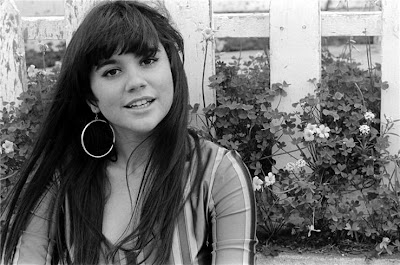 Linda Ronstadt
So many of these photos, the first time I saw them I was still forming my dreams of what to become and where to become it. Some of Henry Diltz’s pictures made me want to live in Southern California, a desire that began when I was still in single digits and that I never let go of. The pictures he took of the musicians I loved made me love them more. They were gods photographed like humans, not the other way around. I imagined standing at the photographer’s shoulder when he took those pictures. I imagined taking them myself.
These pictures above and below are of people who were my first California family. At the time, when I was in junior high and high school, they were as palpable as anything in my real life, often more. I hope Henry Diltz won’t mind–I haven’t asked him–if I show you my just-discovered long-lost family album, c. 1968-1975. 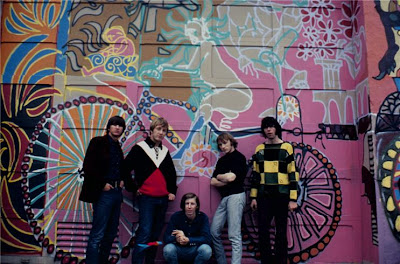 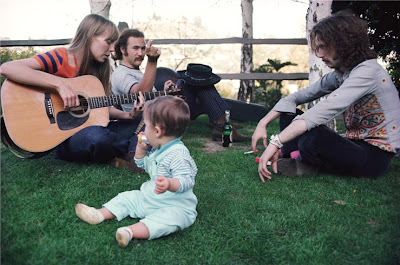 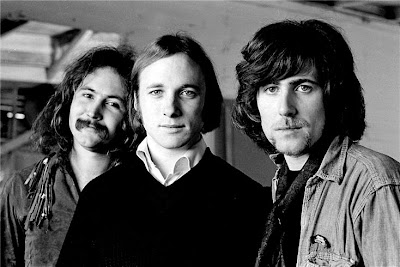