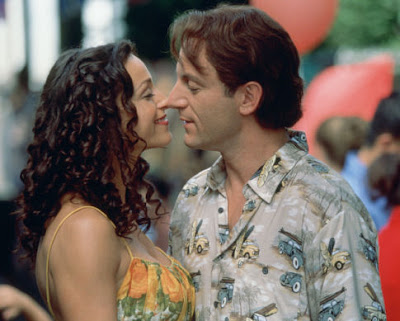 I’ve been inspired to start a series of posts, using my vast collection of digital pictures of yummy British men, by my discovery of a Live Journal Community called “Henry Ian Daily.” If you want to know what “Henry Ian Daily” is about, Google it and read up. I’m too embarrassed to tell you about it here. I have a predilection for crushes on unobtainable members of the opposite sex–a much more benign pasttime than having crushes on obtainable ones. The advent of the internet and image searching has made these crushes more than possible, it makes them mandatory.

So hats off to the girls over at “Henry Ian Daily.” I hope they know that I am emulating them as the noblest sign of my affection. I’m getting “A Brit A Day” off to a rousing start with one of the best–Jason Isaacs, best known as Lucius Malfoy in the “Harry Potter” movies and as Captain Hook in this century’s “Peter Pan.” Here he is in the 2002 romantic comedy “Passionada.”
Yum.