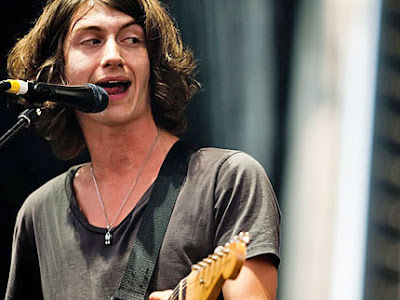 Alex Turner is the lead singer and lyrical genius behind ‘The Arctic Monkeys’. Upon hearing the AM’s debut album ‘Whatever People Say I Am, That’s What I’m Not,’ I told my husband that the English language just lays down at Alex’s feet and does what ever he tells it too. Effortless rhymes in perfectly complex cadences. Alex was at most 18 when he wrote the songs on that first album. Like me, Sean became a huge fan, in fact we are a family of fans. We took my daughter to her first rock show last fall when the AM’s were in town.