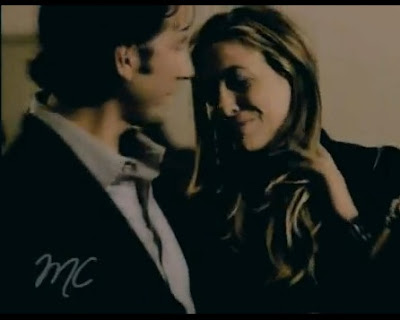 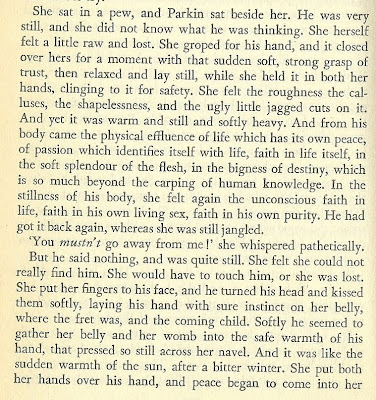 I love pairing a photograph with a favorite bit of text. This passage is from “John Thomas and Lady Jane” by D. H. Lawrence. JT&LJ is, historically speaking, an earlier draft of “Lady Chatterley,” but as literature, it stands alone and is often described as superior to the final version. I love them both, like fraternal twins. They are indeed very different, but in the end you know that they come from the same place.

In this passage, the two lovers are meeting after a period of time in which they had to stay apart from one another. One reason for the separation is that, in English society of the 1920’s, neither of them could obtain a divorce from their respective spouses if they were found to be morally at fault for the break up of the marriage. Go figure. But their larger problem is that they come from different strata in the English class hierarchy. It makes their baby all the more of a miracle, and their love for one another is a symbol of hope.
My sincerest thanks to the artist who manipulated this screen cap from the final episode of ‘Lost.’ Gives us a shout if you are around so I can credit you properly!