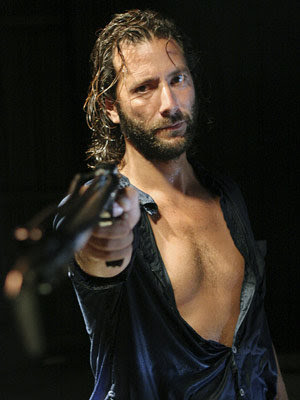 This post is for Thursday, and then I might take a wee break from posting for the Fourth of July weekend.

Many people look to “The Constant” as the peak episode of all the six seasons of LOST, and a lot of that praise is thanks to the performance of Henry Ian Cusick. However, this picture is not from “The Constant.” It’s not even from the same season.
“The Constant” would have meant next to nothing were it not for the groundwork that Ian laid down for his character Desmond in Season 3. Desmond is, by Ian’s own admission, the best part he’s ever played, and I say his work in Lost, Season 3, is the best he’s ever done.