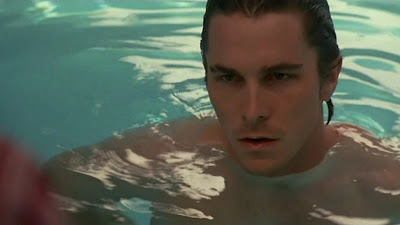 I love Christian Bale in ‘Laurel Canyon’, and I think the essence of his character in that film surfaces [pardon the pun] in his face every time we see him in his mother’s pool. I grew up listening to Joni Mitchell’s ‘Ladies of the Canyon’, and my own psyche ended up somewhere between that of his mom and that of his fiancee, or more accurately, I ended up like a mix of the two characters. As the son of one and the lover of the other, I don’t think he believes that such a cocktail of two different women is even possible.