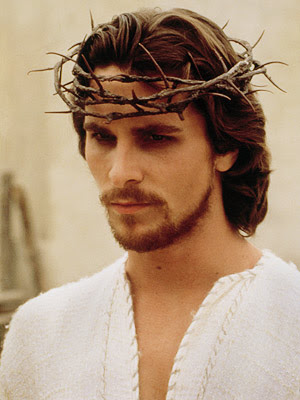 I was going to use a photo from ‘The Mechanic’ as Christian Bale’s off-label film role, but I couldn’t bring myself to do it. If you don’t know the film, I’ll let you investigate why I might be squeamish about it. Meanwhile, I had forgotten that Bale once played Jesus in the 1999 film “Mary, Mother of Jesus.” I don’t know if this is a still from the movie or just a promo shot, but I’m sorry, he’s just too pretty. Good haircut, clean, nicely trimmed beard–he doesn’t have a scratch on him. By the time Christ wears the crown of thorns, he should at least have a couple of bruises!