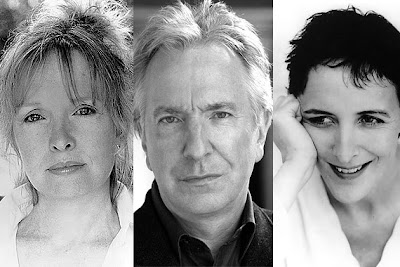 Lindsey Duncan, Alan Rickman, and Fiona Shaw recently appeared together at the Brooklyn Academy of Music. Fiona, who is Irish, is known to all as Aunt Petunia of the HP films, but her riskiest role to date may be that of Richard II–yes, the title role in the Shakespeare play. Here is a link to an interview she did at the time: