One of these things is not like the others…

Benedict Cumberbatch pulls off the SH persona without any of the usual props/headgear.  But to be perfectly honest, so could Jeremy Brett [right center].  Although, I did so enjoy seeing him in Victorian menswear. 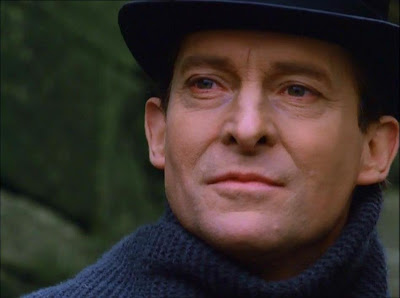 I still have plenty of great pictures of Alex Turner to share, but there’s a matter which must be addressed in his absence today. My daughter and her friends have become quite enamored of Robert Downey Jr’s recent portrayal of Sherlock Holmes. I admit that I didn’t see the first film, but I’ve seen its trailer and the trailer for the sequel, and it seems to me that his Holmes is all obvious sexiness and slightly broad humor. Fine, but whatever happened to Victorian Repression? Isn’t that what made Jeremy Brett’s Holmes so oozy with sensuality, irony and intellect? The fact that it all had to be so strictly contained? I shake my head at the loss of subtlety. I’m going to have to sit those girls down in front of the television and show them how a real man plays Sherlock Holmes. 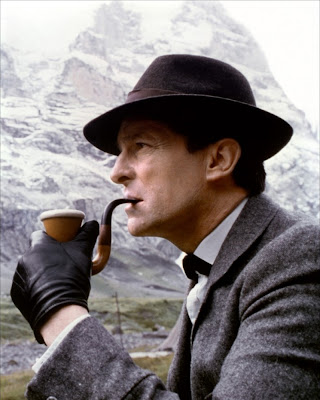 James Blunt kindly stands down today to make way for another JB–the one who stole my heart 25 years ago–Jeremy Brett as Sherlock Holmes.