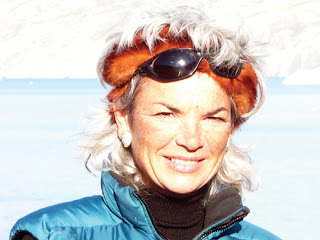 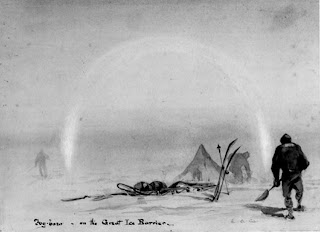 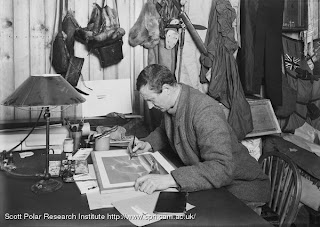 Today’s Brit is another hero from the centenary of South Pole exploration.  Another member of the team that died with Scott in late March 1912, Edward Adrian Wilson was a self-taught artist, a physician, and head scientist and zoologist of the expedition.  Wilson led the infamous 130-mile Winter Journey from the base camp to the breeding grounds of the Emperor penguin in the complete dark and terrifying cold of the Antarctic winter.  The Holy Grail he sought was a freshly laid egg of an Emperor penguin, hypothesized to hold evidence of the missing evolutionary link between reptiles and birds.  As seen above, Wilson would sketch in sub-zero temperatures by day and transform his notes and sketches into full watercolor paintings in the warmth of the group hut by evening. 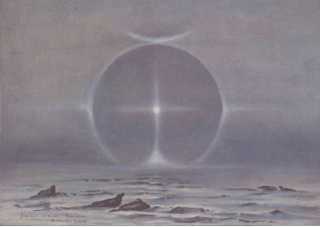 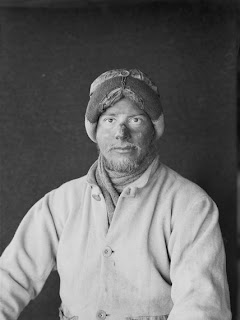 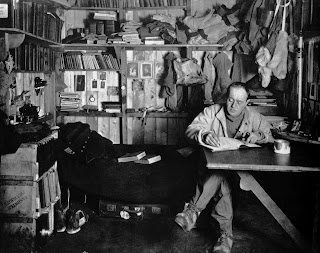 I just finished reading Beryl Bainbridge’s novel, The Birthday Boys, an account of Robert Falcon Scott’s tragic march to the South Pole told in turns from the point of view of the five men who died there.  Here is an excerpt from the final section, the words of Captain Titus Oates as Bainbridge imagines them–

And of course that black flag told them that Roald Amundsen and his party of Norwegian explorers had beaten them to the Pole.

The photo of Scott in his Antarctic expedition hut can be opened in another window and examined for incredible detail.  My god, you can almost smell the penguins!

By the by, Beryl Bainbridge was an incredibly talented but unsung author.  She died last year at only 77 of cancer.  Send up some love to her spirit some time by reading one of her books, this one for example, or perhaps An Awfully Big Adventure.