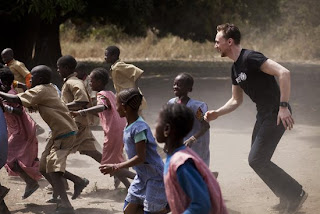 Nerd HQ’s Conversations for a Cause were soooo nicely filmed that I figure watching one on Youtube is almost better than being there [she says because she wasn’t there].  Here’s Tom Hiddleston’s in it’s entirety.  It’s over an hour, and I haven’t finished watching it myself, but when I left off he was talking about his time in West Africa with Unicef.