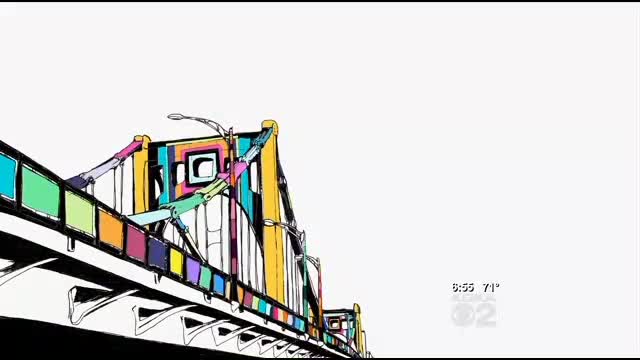 This is such a stretch for a connection to Britain, I can hardly believe I’m writing about it, but it’s just the best thing…..This is a rendering done during the 18-month planning process that took place before the Andy Warhol Bridge in Pittsburgh became the site a very large yarn bombing on Monday.  Fan art?  Heck yeah, for fans of bridges, community spirit, knitting, public art…..and I love this simple, expressive rendering.  No wonder the knitters were able to sell the city on the idea.  British?  I don’t know, I imagine Andy Warhol spent at least one night in London at some point…..

Read more and see more “coverage” [yes, I said it] of the event here:  http://news.yahoo.com/knitters-cover-pittsburghs-warhol-bridge-yarn-151647095.html