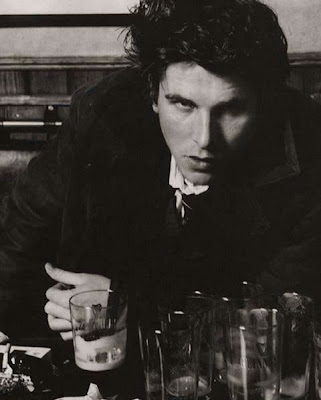 I’ve had this picture of Christian Bale in my file for a long time and have never known what to say about it. Here, he certainly seems to be a 19th-century sort of young gentleman, perhaps Irish, definitely innocent enough be mislead about the restorative powers of Guinness. He reminds me of the caricatures and old photographs of bar patrons in the opening credits of “Cheers.” 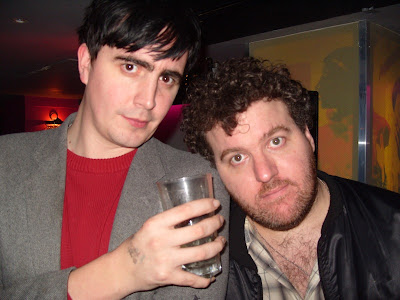 Art Brut’s Eddie Argos and our friend Keith TOTP, a brilliant musician when he’s not hanging around Eddie….

This post is for Friday.
That glass looks as though it may have once held a lovely pint. On New Years Eve, I took a vow of abstinence–of alcohol, my own little prohibition–for the month of January. I didn’t tell anyone and, anyway, I originally did it to lose weight. But then it became a thing to see if I could actually do it for a whole month. You’ll notice that I’m now referring to the endeavor in the past tense.
I caved a tiny bit last night when my husband brought home a bottle of Talisker Single Malt. He’s as frugal/thrifty as a Scot, so this was a big, big deal. And it’s from f—ing Skye, for God’s sake. So in fact, I had a wee dram; but I was prepared to consider that just a cosmic anomaly in an otherwise tidy alcohol-free month.
Okay, tonight we attended the elementary school science fair–that my son participated in and which probably led to the bottle of Talisker being purchased. You see, my husband takes my son’s science projects very personally. If you don’t know what I mean by this point, you never will, so I’ll just leave it at that.
Anyway, one of the kids’ projects compared the effect of black light on various solutions–as in, can you make them glow like a lava lamp, man–and apparently a big trigger for black light brilliance is quinine, as in tonic water. That’s just lovely, but the kid had drawn a picture of a bottle of Schwepp’s. The name brand. I nearly got in the car and went to the store right then. You see, I knew I had the gin at home.
Still, my virtue survived intact. But once I pulled into the driveway of my home, I remembered that my husband was out of coffee filters–I drink tea, I’m not hampered by these things–and this is the same husband who had been up until 4 in the morning working on the….well, you know. So coffee filters I would go a-getting.
I’m in Target [full disclosure: I am a Target stockholder] and my phone rings. It’s him. He has a list of things the kids have requested once it was learned that I was headed for the store. Everything on the list was orange–Kraft macaroni, OJ, Sunkist soda, a Goldfish-type knock-off called Chickadees….oh, and one thing that’s not orange, somethin’ for Dad. Tonic water.
That was the end. I said, “I’m in.” I am currently enjoying my gin and tonic, crafted by Himself.
I made it 19 days. 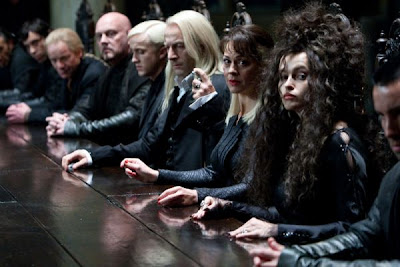 My husband and I had our annual New Years-ish date at the Belly Up Tavern seeing Camper Van Beethoven and Cracker last night. I’m wondering what the Malfoys can recommend for a hangover from hell. 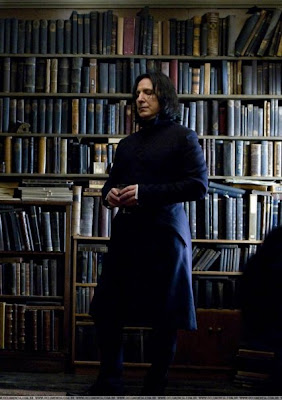 This week the cast will be spreading ‘Cheers.’ Hopefully, I can find everyone sporting an aperitif, a refreshing g & t, or a wee dram before the camera…Here is Alan Rickman as Professor Snape with a splash of wine someone has proffered….personally, before cocktails were even served, I’d be positively giddy already to be surrounded by all those books in the company of the good [erm] professor. 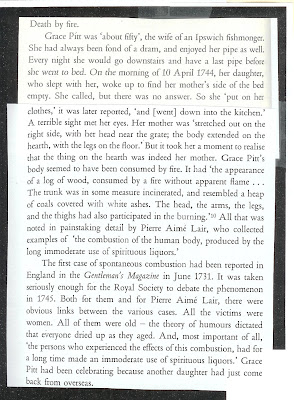