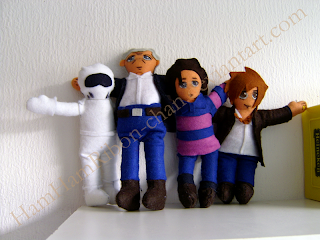 Top Gear plushie friends from HamHamRibon-chan on DeviantArt.  Their relative heights are perfect. 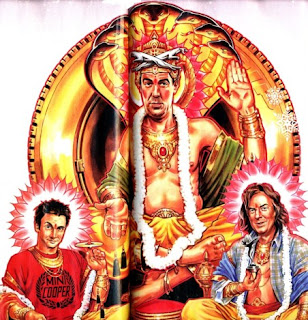 It just feels like the right day for this:  Top Gear art I found online. 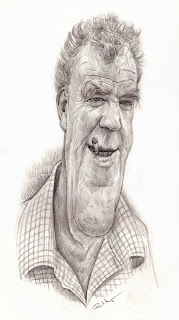 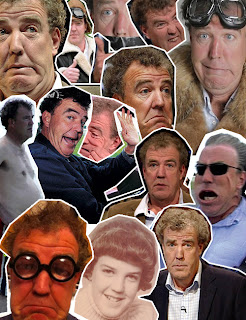 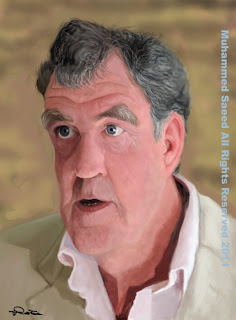 Some Jeremy Clarkson-inspired fan art.  I especially like the last one. 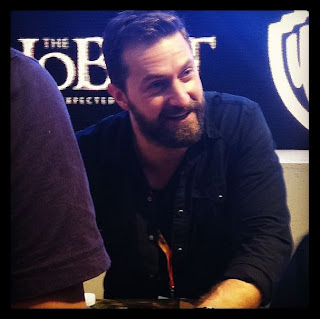 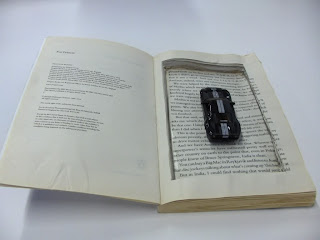 Let the Top Gear Fan Art Fringe Festival begin!  I can only take credit for the name, none of the art.  Above, an installation of a matchbox-sized Ford GT [I think, I’m only guessing] into the pages of one of Jeremy Clarkson’s books.

And as the microphone squeaks
A young girl’s telephone beeps
Yeah she’s dashing for the exit she’s running to the streets outside
“Oh you’ve saved me,” she screams down the line
“The band weren’t very good
And I’m not having a nice time”

Yeah but his bird thinks it’s amazing, though
So all that’s left
Is the proof that love’s not only blind but deaf

I’d love to tell you all my problem
You’re not from New York City, you’re from Rotherham 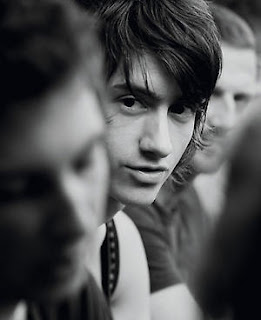 Men from Yorkshire seem to have a way with words.  I’ve always said that Sheffield boy Alex Turner [who wrote the song ‘Fake Tales of San Francisco’ for his band Arctic Monkeys when he was about five or something] could make the English language lay down at his feet, rhyming.

And then, of these three idiots who make me laugh until the tears come, two have a connection to Rotherham.  James May grew up there.  And Jeremy Clarkson trained to be a journalist at the Rotherham Advertiser. 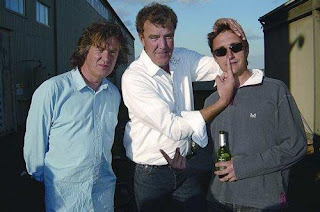 And then there was Albert Gardner, a displaced Yorkshireman who, along with his wife May, made us feel like family when we visited Kilwinning, Scotland, in 2000.  The Gardners became like adopted grandparents to me, and while Al may have been able to keep the neighbors in stitches, I’ll never really know how witty his jokes were.  His Yorkshire accent was so heavy that I understood naught of what he said. 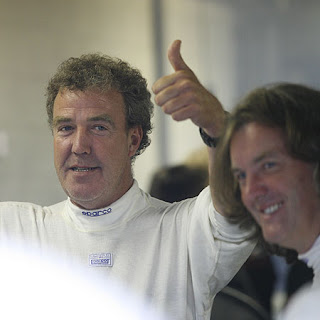 Happy birthday to the man who shares not only my birthday but my actual birthdate–we are exactly the same age.  Many happy returns of the day to Jeremy Clarkson, and thank you for bringing so much joy into our lives. 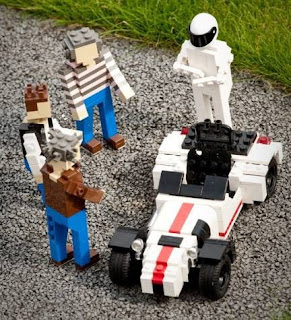 I love Lego fan art.  I think the real Stig may be made of Legos as well. 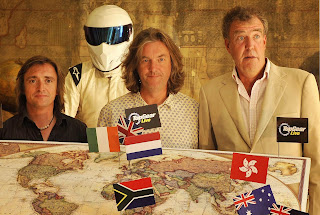 I love these guys.  I’m officially addicted to Top Gear.  The UK edition.  Never seen the other. 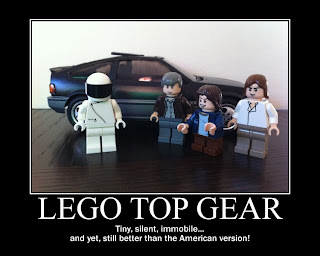