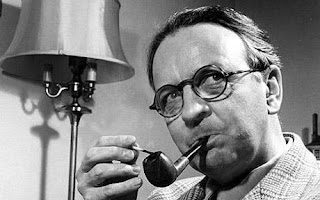 Abandoned by her husband, Raymond Chandler’s mother moved her family to London in 1900 when Ray was 12 years old.  He became a naturalized British subject [and thus eligible to be today’s Brit] and remained so until he regained his US citizenship in 1956.

Chandler’s life story makes your heart ache, and that ache is evident in his masterpieces of fiction.  Joyce Carol Oates said

“The prose rises to heights of unselfconscious eloquence, and we realize with a jolt of excitement that we are in the presence of not a mere action-tale teller, but a stylist, a writer with a vision … The reader is captivated by Chandler’s seductive prose.”


I’m reading ‘The Long Goodbye’ right now.  But nothing may be as moving as the last chapter of his life which ends right here in San Diego–

In 1954 Pearl Eugenie (Cissy) Chandler died after a long illness. Heartbroken and drunk, Chandler neglected to inter Cissy’s cremated remains, and they sat for 57 years in a storage locker in the basement of Cypress View Mausoleum.
After Cissy’s death, Chandler’s loneliness worsened his natural propensity for clinical depression; he returned to drink, never quitting it for long, and the quality and quantity of his writing suffered.
After a respite in England, he returned to La Jolla. He died at Scripps Memorial Hospital of pneumonial peripheral vascular shock and prerenal uremia (according to the death certificate) in 1959.
Raymond Chandler is buried at Mount Hope Cemetery, San Diego, California. As Frank MacShane noted in his biography, The Life of Raymond Chandler, Chandler wished to be cremated and placed next to Cissy in Cypress View Mausoleum. Instead, he was buried in Mount Hope Cemetery because he had left no funeral or burial instructions.[12]
In 2010, Chandler historian Loren Latker, with the assistance of attorney Aissa Wayne (daughter of John Wayne), brought a petition to disinter Cissy’s remains and reinter them with Chandler in Mount Hope. After a hearing September 2010 in San Diego Superior Court, Judge Richard S. Whitney entered an order granting Latker’s request.[13]
On Valentine’s Day (February 14) 2011, Cissy’s ashes were conveyed from Cypress View to Mount Hope, and interred under a new grave marker above Chandler’s, as they had wished.[14] About one hundred people attended the ceremony, which included readings by the Rev. Randal Gardner, Powers Boothe, Judith Freeman and Aissa Wayne. The shared gravestone reads “Dead men are heavier than broken hearts”, a quote from The Big Sleep. A video of the ceremony is available at http://raymondchandler.info/reunite. Chandler’s original gravestone, placed by Jean Fracasse, is still at the head of his grave, while the new one is at the foot.